Sign Up to our social questions and Answers Engine to ask questions, answer people’s questions, and connect with other people.

Lost your password? Please enter your email address. You will receive a link and will create a new password via email.

Please briefly explain why you feel this question should be reported.

Please briefly explain why you feel this answer should be reported.

Please briefly explain why you feel this user should be reported.

Bansal and other senior officials of M3M India have been named in the FIR that was lodged at the Economic Offences Wing of Delhi Police on Thursday. The complainant, a senior official from MFG Developers, alleged that the accused made “false representations” while giving 31.06 acres of land in Gurgaon. The complainant allegedly never received physical possession of the property and suffered a loss of Rs 450 crore.

In the FIR, the complainant alleged that the accused first approached their company in 2016. The top directors met at Leela Hotel in Delhi where the “false promises” were made. The accused later allegedly gave post-dated cheques to the complainant’s company. The complainant moved to court in 2018 and asked the police for help regarding the loss.

In 2021, M3M India allegedly applied for a license for the said land. The complainant alleged in the FIR that the accused tried to get a ‘New Integrated Licensing Policy’ from Gurgaon for a residential project and also alleged that M3M India retained the property illegally and partitioned it.

“M3M India Private Ltd who are the direct and immediate beneficiaries of the fraudulent transactions and have deliberately failed to pay the due amounts while retaining the possession of the subject property…accused…have illegally partitioned the subject property and sought licenses from concerned public authorities on the bases of forged and fabricated documents causing wrongful loss,” reads the FIR registered under sections of criminal breach of trust, cheating, forgery, criminal conspiracy.

Two months back, M3M India lodged an FIR against the complainant in Gurgaon for allegedly cheating the company of Rs 88 crore. They alleged they had agreed to develop a residential and commercial project for MGF in 2016 but the accused sold the land to another party by using forged documents.

@DelhiJalBoard we applied for new connection month before, today 2 person from DJB come dig 2 feet road then denied to dig more and denied for connection. 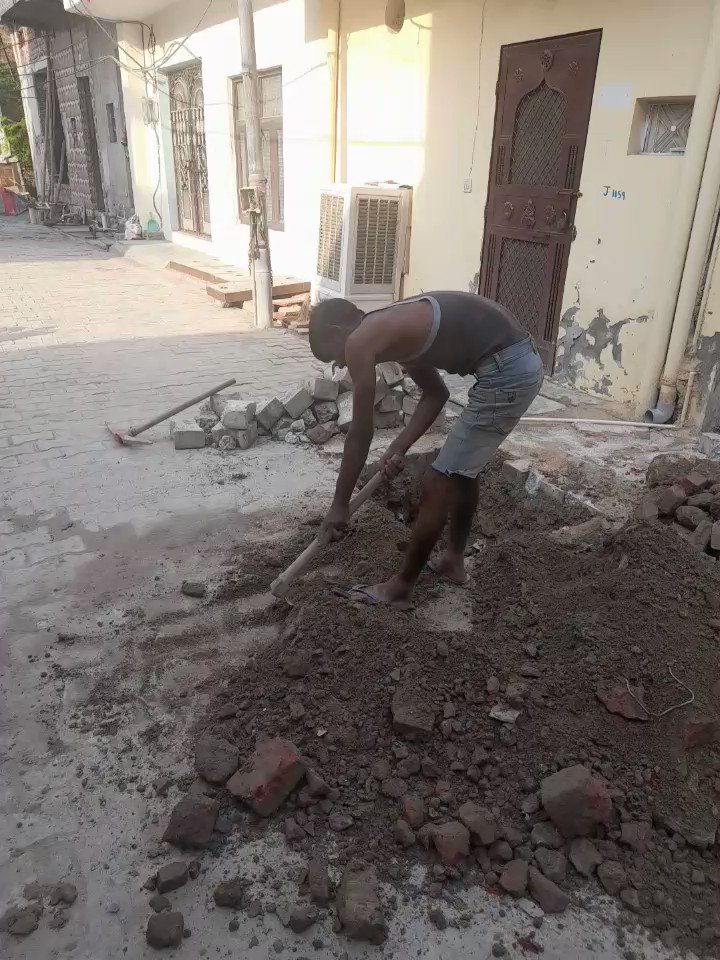 Dear srir,
@dtptraffic @CPDelhi @TrafficCP
There is lots of traffic jam issue from Nangli Puna to Alipur pin code-110036 at every under pass and no authority available to manage the traffic that why it converts into long traffic and
It's almost daily issue but no one taking